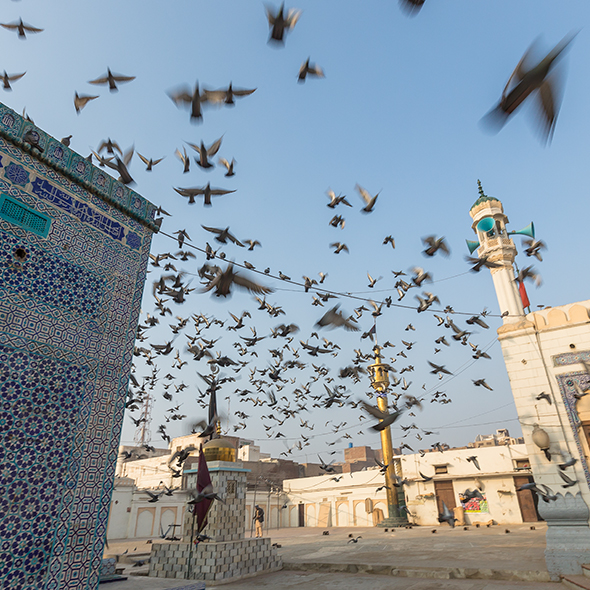 Shah Yousaf Gardez was an 11th century saint who settled in Multan and is associated with many miraculous feats. It is said that he arrived riding a lion and using a live serpent as a whip. A pair of pigeons also followed him and came to nest at the place of his burial. The shrine’s courtyard is filled with hundreds of pigeons that are said to be descended from that first pair. They often circle the beautiful blue mausoleum in unison and offer a spectacular sight to any visitors.

2 thoughts on “Pigeons at the tomb of Shah Yousaf Gardez”