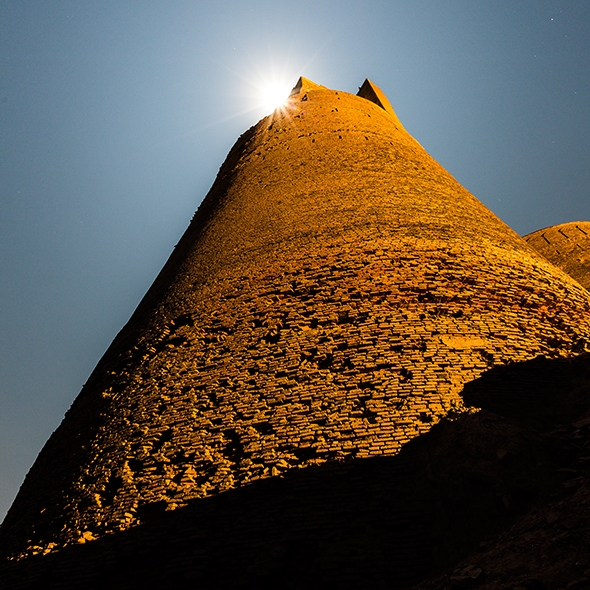 The northeastern corner battlement of Derawar Fort. Spotted this angle while out on a stroll in the Cholistan desert, some time after midnight. The full moon was just above the battlement and the floodlights were still on. A few minutes later, the lights turned off so any later and the shot would have been lost.