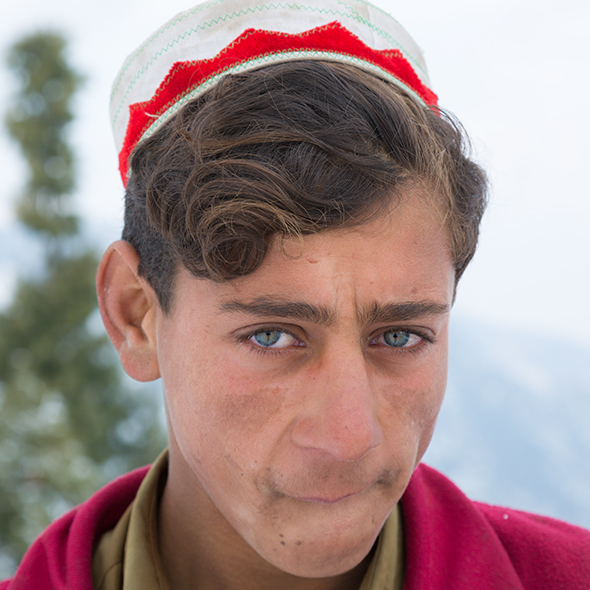 This is Irshad, a local boy from Malam Jabba, the more famous of Pakistan’s ski resort. He sells snacks to tourists that are starting to return after years of unrest. Many people I have met from this region have distinct features, such as gray or green eyes. The resort is situated in the Swat Valley which was occupied by the Taliban in the 2000s. They used bombs to destroy the main hotel and ski lifts and harassed the locals to the point that they asked the government and the military to intervene.

This area was liberated after the 2009 operation by the Pakistani Army and the once booming tourist attraction is open for business again.