It seems that this year, Apple really has lived upto its reputation as a leader in innovation and Steve Jobs has done it again. Though I’m having trouble finding the video of the keynote speech (will look for it on YouTube), Mac Rumors had these pictures of the iPhone. 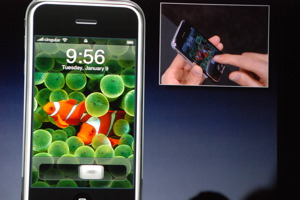 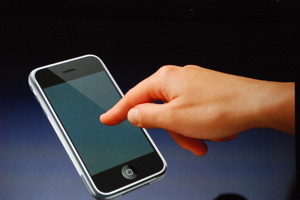 It looks much cooler than any mobile I have owned or have considered owning and the new user interface is something I’d love to try out. Though the iMate K-Jam probably does a lot of what iPhone does, the latter looks so much slicker and cooler. $499 (for the 4GB version) isn’t cheap though and I’ll probably have to both wait for it to reach these shores and also for the price to come down quite a bit.

19 thoughts on “The iPhone”