My nokia communicator (9500) had lasted me almost a full year and I had decided that it was sufficient for my needs. I had even managed to convince myself that switching to a 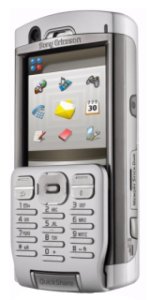 new phone at this point would just be a waste of money better spent elsewhere. Still, something always kept telling me that I ought to be sick of the communicator by now. That I should get a new phone, even if it is one without a camera and has a simple, monochrome display.

So the stage was set and as soon as someone offered me their Sony Ericsson P990i, I readily accepted without so much as batting an eyelid. Though I know a lot more about the P990i’s nuances now and the reviews I found were some of the worst I’ve seen for any phone, I still don’t regret my decision. The phone looks good, has an excellent camera (there are better ones out there, but this is the best I’ve seen on a mobile) and seems to do a decent job of handling calls and simple messaging. Any additional requirements and I’ll just have to make do with my laptop or something.

Now for the things that suck. The interface for one. Though you can assign tasks to shortcut keys, the menu system overall is pathetic. Everything from writing an SMS to checking your WiFi status requires going through lots of menu options. It ain’t stable either. I’ve had a number of apps crash upon startup and the phone has rebooted by itself twice. It even had the nerve to tell me that the phone was rebooted to “improve performance”. Bah!

I haven’t used it for browsing through GPRS yet, mainly because of the pain of configuring such a simple thing. However, browsing seemed to be fine through WiFi. There’s also an RSS application which I have yet to try out, but this much fun would only be possible if I ever got GPRS working.

The multiple input methods (I counted 4: stylus, numeric keypad, alphanumeric keypad and scroll wheel with its buttons) are quite awesome though people have complained that the scroll wheel is only 3-way, unlike the very successful 5-way wheel of previous models. 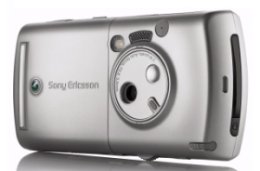 On the bright side, data transfers aren’t an issue on a P990i since Ubuntu Linux (7.04) on an IBM Thinkpad needs no additional software to recognize the flash drive. The moment I connect the phone to the laptop using the included USB cable, I get a prompt asking me what I want to do with the clear and high quality photos that I took with the phone’s camera (look forward to seeing more of these, one coming up in my next post). Transferring music and other files is just as simple.

The phone’s flap, containing the numeric keys, can be detached and I’m planning to do this as soon as I have a good cover for it. Next objective is to make moblogging with this phone a reality.