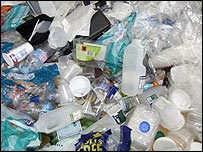 Plastic is all around us. A life without plastic seems unthinkable for people from all walks of life and regardless of their level of prosperity. Without plastic, we wouldn’t have modern cars or mobile communications or pretty much anything that uses an electronic circuit. Clothing, food packaging, sports; you name it and plastic is bound to play a part in it at some point.

After considering all that, now imagine a month without plastic (at least without any additional plastic). That’s exactly what BBC’s Christine Jeavans is doing. She is aiming to go without it for a whole month which means no packaged fruits and vegetables and no disposable nappies for the baby. She has suffered a few setbacks lately, but it isn’t surprising, considering how this substance has has made its way into every aspect of our lives. Best of luck to her and I hope it inspires more people to do the same. 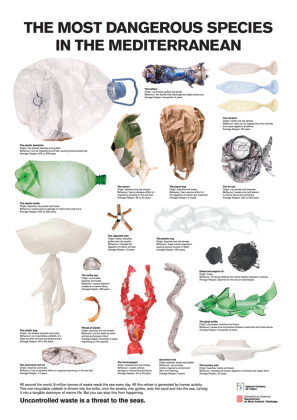 Now why would anyone want to do something like that? What’s wrong with plastic you might ask? For one, most forms of plastic aren’t biodegradable and end up staying around in our atmosphere in one form or another. Plastics may break down into tiny particles, but will still remain artificial polymers at the molecular level. Burning these, as I’ve seen many people do, releases toxic fumes which is an even worse outcome. You may have read about the plastic-eating bacteria, engineered by a 16-year old, but long before something like that can be used on an industrial scale, plastic would have caused irreparable damage to everything from beautiful tropical islands to wild life. We humans would eventually suffer the true consequences since we are (usually) at the top of the food chain.

The Great Pacific Garbage Patch, the world’s biggest “landfill”, is quite a horrific phenomenon. Miles and miles of plastic waste that just floats there, trapping the waste originating from Asia, the Americas and ocean-going vessels. It poses a grave threat to marine life which gradually contaminates the whole food chain. Similar collections can be found on a smaller scale in seas, such as the Mediterranean, and in a number of cities.

At one point in time, we used to curse the Pakistani shopkeepers for being so stingy with plastic bags. We would keep large cotton bags or baskets at home which came out on weekends and would carry whatever groceries and goods we purchased. Quite unlike in places like Singapore, where you’d get each bought item handed to you in its own large plastic bag.

These days, nobody wants to be caught carrying those harmless containers and everyone expects a plastic bag for every little thing they carry. It’s hard enough just to convince the shopkeepers to hand over the goods as they are, even harder to get them in a paper bag. But if we don’t start asking for it, it’ll never happen.

Most places I’ve lived in had at least some policies regarding recycling and proper disposal of different types of garbage. At least newspapers, bottles and aluminium cans were collected separately for recycling and there were a number of awareness campaigns about this. Unfortunately, there is no such large-scale effort in Pakistan and any recycling is usually done only as a means of making a quick buck. I haven’t seen anything regarding disposal of toxic materials or conservation in general.

I was going to write about some of the things I plan to do or am already doing, but the living plastic free blog is a much more detailed resource on such tips. If enough of us can follow just a few of these steps, it can make quite a difference.

A nice side-effect of the high price of oil is that its derivatives, such as plastic, are also costing more. That should help take away the main motivation behind using plastics (low cost). Whatever the case, it is our duty to minimize the use of materials which damage the environment in such a way. If our ancestors could survive without it, why can’t we?