It’s finally here. Tux’s 18th birthday. It was 18 years ago today, 26th August, that Linux Torvalds unleashed Linux upon the world via this message:

How it has grown from its humble beginnings. I haven’t checked the latest statistics, but when someone says server, in most cases you can assume it would be running Linux. 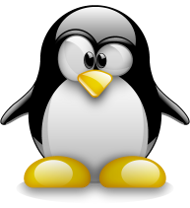 Despite its wild success on servers, I’d say Linux has failed on the desktop. If a die-hard fan like myself is considering ditching it in favor of Mac OS or God-forbid, Microsoft Windows, there’s definitely something seriously wrong.

Maybe I’ve just been unlucky, but the recent switch by distributions to the totally useless Pulse Audio system has broken my sound (and that’s on different systems, running different distros). Reliable sound was the reason I initially switched to Linux. Too bad the lack of it is forcing me away. Then application support is still a problem. A number of popular apps still don’t have a native Linux version, iTunes and Google Chrome being prime examples.

In my older days, I probably would have lived without an unstable Skype or found a way to fix and tweak Pulse Audio (or pry it out and revert to good ol’ ALSA). However, the former isn’t possible and I just don’t have the time for the latter.

Maybe these issues can be sorted out by its 21st birthday, so I won’t lose all hope. Happy Birthday and best of luck Linux.

Thanks to AllforLinux.com for the birthday reminder.