This year has been especially rough for gadgets and tech in general. Murphy’s Law has struck not once, not twice, but a number of times and I put it all down to a cycle of life that everything follows.

I lost most of my equipment to power damage a couple of months ago. More recently, I let out my anger and frustrations on the laptop for the last time. Right after doing an SR (long story, but to cut it short, it means bringing one’s fist down very hard) on the keyboard, the drive made a click and I witnessed my work grind to a complete halt.

I usually keep enough backups to minimize disruption or downtime, but I was already running in degraded mode with the PC knocked out of service. I had only a couple hours to be fully functional and get back online so I took the fast, but expensive route and got a new power supply, LCD and video card for the PC. Was back to work in a couple of hours, but it cost me and also taught me some cruel lessons.

There is certain data that you usually just don’t consider backing up. Drafts for example. I had a number of finished and half-finished blog posts that I was going to eventually post, but are now lost, possibly forever. Photos and videos are another thing that you usually don’t bother backing up. Lost a lot of those too.

Anyway, I’m back to redundant mode after getting a new hard disk for the laptop. Both the laptop and the desktop are fully functional and configured to act as the other’s backup.

It was around that time when my friend’s hosting service wiped lost all of his data, including sites he had been hosting for a lot of other people. Quite an ordeal, especially when you aren’t familiar and skilled with the concept of regular, automated backups. The poor guy had to retrieve data from Google cache, but eventually got pretty much everything back. Should have listened when I offered him my mirrored hosting service. 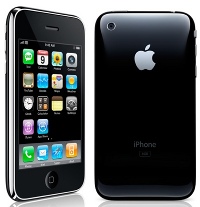 Now onto phones. I finally lost my terminally ill and terribly bulky Sony Ericsson P990i. It was already on its last breaths after a fall down the stairs and had had a pretty rough run of over two years. Despite it’s numerous flaws and injuries, it had survived until now as my primary camera and as a secondary phone. That’s quite impressive, given that I have a history of throwing phones at hard surfaces to relieve stress (I now hit laptops for that).

Anyway, the phone sneaked off somehow while I was at the pool and it gave me an excuse to splurge on an iPhone 3G. And since it hasn’t been officially launched in Pakistan, that usually means paying at least twice as much as elsewhere with no warranty. A costly investment, but I’m happy to finally catch up with the rest of the world. It’s really great as a phone, though besides that, it’s a little more than an expensive toy. I have to wonder if I should have spent that money on an extra laptop.

I still have the Blackberry Curve, which after about a year’s use, is also screaming to be replaced. Its keys, one of my favorite reasons to stick with the Curve, have started to fail and I no longer write perfectly spelled, unabbreviated SMSs. The trackball, or pearl, has already been cleaned once, but I’ve now lost the click in it and have to use the Return key most of the time. Guess will need to do another surgery on it. Was planning on jumping to the Javelin 8900, but after the iPhone, my money can be better spent elsewhere.

Moral of the story: Always be prepared to lose your cool gadgets. They’re less faithful than money and thanks to Murphy, they WILL fail. It’s just a matter of time.

One thought on “The tech cycle of failure and rebirth”